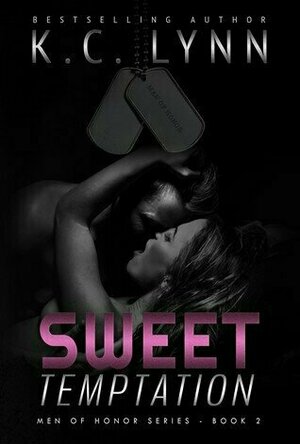 At seventeen-years-old Grace Morgan had managed to live through what would be the worst day of her life. One would think this is where her torment ended, but then she was sent to live with him—the devil himself. Three years later she finds herself in the beautiful, small town of Sunset Bay, South Carolina—a perfect place to start her life over. This is where she meets the best friends she will ever have, and one cocky, sexy, arrogant former Navy Seal who makes her heart beat faster. Right when things start looking up, the worst day of her life comes back with a vengeance, ruining the peace she has finally found. Sawyer Evans loves women just as much as they love him. His philosophy is: the more the merrier, with no strings attached. But all that changes the day he meets a sweet, sexy blonde baker with sad amber eyes, who smells like cupcakes. The only girl who isn’t affected by his good looks and charm, or so he thinks. When Grace’s life is threatened, he will not only protect her but also prove to her that his heart is bigger than his ego. *** This is Book Two in the Men of Honor series. It can be read as a standalone, has an HEA. Due to strong sexual content, coarse language and mature subject matter this book is not suitable for anyone under the age of 18.

And that was the moment I gave Sawyer Evans my whole heart.

Main Image Courtesy: goodreads.com.
Images And Data Courtesy Of: Createspace Independent Publishing Platform.
This content (including text, images, videos and other media) is published and used in accordance with Fair Use.