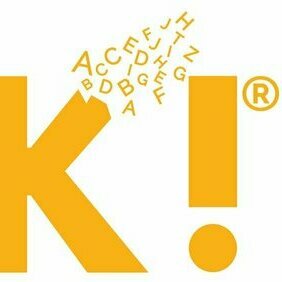 The new, fast-paced card game that combines wordplay, trivia and a dash of deception!

Each round begins with a player selecting a card which will give them a secret word. They must then reveal the first letter of the word to the group.

Players then begin thinking of words beginning with the revealed letter. Anything goes! The aim is to come up with clues that other players will be able to SYNK with you without the cardholder figuring it out. When you've thought of your SYNK! word propose the definition to all players. If another player thinks they know you lock eyes, countdown from 3 and... SYNK! If the two players guess correctly then the next letter of the secret word is revealed. However if the cardholder also guessed the SYNK! word then it's back to square one. The game continues until a player thinks they know the secret word.

If a round comes to a halt with players struggling to figure out the secret word, then the cardholder must reveal its definition. The first player to think they know the answer must then shout “SYNK!”. If a player is able to either correctly SYNK! the secret word with another player or guess the word from the definition they win the round. If players SYNK! or guess incorrectly the cardholder wins. First player to win three cards is the victor and gets full bragging rights - until the next game!