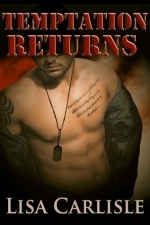 Antonio returns from the Marine Corps to begin a new life as a civilian. While visiting Cape Cod, he meets a strange woman who reads his Tarot cards. He doesn't believe in such nonsense; after all, he's a Marine. When he returns to Boston, he receives a ticket to a rock club where he runs into the one woman he never forgot.

Lina can’t believe Antonio is back in town, right before her wedding. Being around him again resurrects long-buried feelings. Will she be able to resist temptation in the form of a dark-haired Italian Marine, the same man who once broke her heart?

Images And Data Courtesy Of: Lisa Carlisle.
This content (including text, images, videos and other media) is published and used in accordance with Fair Use.