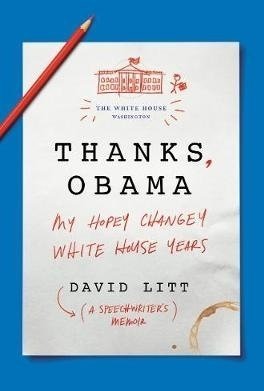 A different kind of White House memoir, presidential speechwriter David Litt's comic account of his years spent working with Barack Obama and his reflection on Obama's legacy in the age of Trump Like many twentysomethings, David Litt frequently embarrassed himself in front of his boss's boss. Unlike many twentysomethings, Litt's boss's boss was President Obama. At age twenty-four, Litt became one of the youngest White House speechwriters in history. Along with remarks on issues like climate change and criminal justice reform, he was the president's go-to writer for comedy. As the lead on the White House Correspondents' Dinner speech (the "State of the Union of jokes"), he was responsible for some of President Obama's most memorable moments, including Keegan-Michael Key's appearance as Luther, Obama's "anger translator." With a humorist's eye for detail and a convert's zeal, Litt takes us inside his eight years on the front lines of Obamaworld. In his political coming-of-age story, he goes from starry-eyed college student-a self-described "Obamabot"-to nervous junior speechwriter to White House senior staff.

His behind-the-scenes anecdotes answer questions you never knew you had: What's the classiest White House men's room? What's the social scene like on Air Force One? How do you force the National Security Council to stop hitting reply-all on every e-mail? In between lighthearted observations, Litt uses his experience to address one of today's most important issues: the legacy and future of the Obama movement in the age of Donald Trump.