The Belle and the BDOC 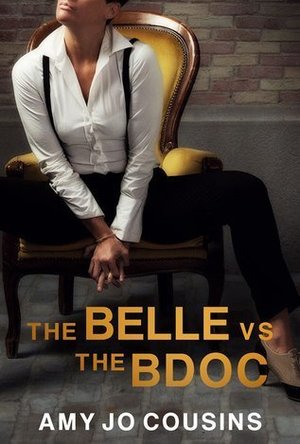 Love is a battlefield.

Shelby Summerfield is a Southern belle at a northern college in 1993, which is a challenge to begin with. And yes, Florence Truong, the object of Shelby's lust and the only other woman on campus not wearing flannel, does catch her in what looks like a compromising position with a straight boy at pub trivia night.

But Shelby is a gold star lesbian and Florence's dapper fashion sense makes her weak in the knees, so her rejection stings hard. To exact her revenge, Shelby cheats a little when putting together her own trivia dream team, because nobody strategizes to win like a Southern girl on a mission. And if trivia can't settle their rivalry, then maybe the annual campus-wide game of assassin will do the trick.

Shelby's gonna come out on top of Florence—in bed or out, one way or another. Bless her heart. And her silk pocket squares.

Warning: Contains obscene pub trivia team names, paint guns, a Southern belle with an exquisite grasp of battlefield tactics, and one dapper dyke who's misjudged her.