The Book of Cold Cases 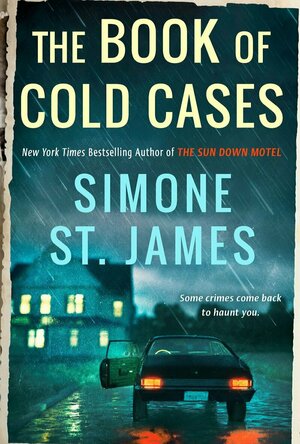 A true crime blogger gets more than she bargained for while interviewing the woman acquitted of two cold case slayings in this chilling new novel from the New York Times bestselling author of The Sun Down Motel.

In 1977, Claire Lake, Oregon, was shaken by the Lady Killer Murders: Two men, seemingly randomly, were murdered with the same gun, with strange notes left behind. Beth Greer was the perfect suspect—a rich, eccentric twenty-three-year-old woman, seen fleeing one of the crimes. But she was acquitted, and she retreated to the isolation of her mansion.

Oregon, 2017. Shea Collins is a receptionist, but by night, she runs a true crime website, the Book of Cold Cases—a passion fueled by the attempted abduction she escaped as a child. When she meets Beth by chance, Shea asks her for an interview. To Shea’s surprise, Beth says yes.

They meet regularly at Beth’s mansion, though Shea is never comfortable there. Items move when she’s not looking, and she could swear she’s seen a girl outside the window. The allure of learning the truth about the case from the smart, charming Beth is too much to resist, but even as they grow closer, Shea senses something isn’t right. Is she making friends with a manipulative murderer, or are there other dangers lurking in the darkness of the Greer house?

Main Image Courtesy: Amazon.com.
Images And Data Courtesy Of: Berkley.
This content (including text, images, videos and other media) is published and used in accordance with Fair Use.