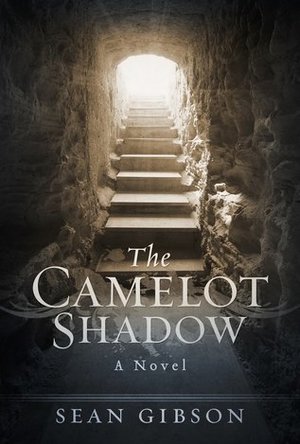 "A chance to save her. Improbably, impossibly, inconceivably."

Lord Alfred Fitzwilliam spends each day in much the same way: caring for his terminally ill wife and trying to lose himself in the dusty tomes that fill his library. Everything changes when he receives a visit from a man representing a clandestine organization operating with the backing of Queen Victoria herself. The group seeks his aid in finding an Arthurian artifact that, legend holds, can cure its bearer of any wound or disease.

Skeptical but desperate to help his wife, Alfred is convinced that the fabled item might actually exist after witnessing a seemingly impossible display of power by the organization's leader, James Nigel. He decides to pursue the treasure, accompanied by an eccentric scholar, a deadly druid, and his best friend, a sardonic bookseller who is far more than he seems. As he follows an arcane trail of clues from the gas-lit streets of London to the wilds of Scotland and deep into ancient catacombs in Italy, Alfred becomes enmeshed in a web of hidden agendas, secret societies, and ancient enchantments. Along the way, he learns a dark secret about Nigel's past--and the true power of the artifact he seeks.

Steeped in a compelling mythology and filled with unexpected twists, The Camelot Shadow will leave readers stunned, breathless, and wrestling with an impossible question: what do you do with an object that has the power to both save the world and destroy it?

(Don't miss The Strange Task Before Me for further adventures in the Camelot Shadow world.)

Images And Data Courtesy Of: BookBaby.
This content (including text, images, videos and other media) is published and used in accordance with Fair Use.