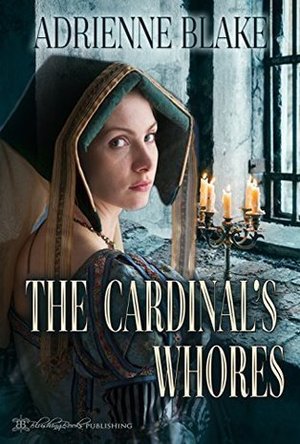 Just standard fare in the court of Henry the Eighth.

Joan Larke has heard all her young life that this is so, but she is completely unprepared to be dragged into the midst of it. Dragged she is, though, when the beautiful girl falls into the hands of the powerful and power hungry Thomas Wolsey: cardinal, confidant, and finally, lord chamberlain to the king.

Wolsey knows how many secrets are passed in the bedchamber, and shamelessly enlists any woman who comes within his influence as his spy. He turns each one, under duress, into a whore who brings him information from her pillow talk with the movers and shakers of the early 16th century. But he needs love, too, and he keeps Joan to himself—for a time.

When Joan finds that she is no longer wanted and in peril of spending the rest of her life in a convent, she turns to Lady Anne Boleyn, who is rapidly supplanting Queen Catherine in Henry’s affections. But treachery is a double-edged sword, and the betrayer often becomes the betrayed in the shadowy world of Tudor court intrigue.

Although Joan has secrets of her own she can trade, in the end, she can do nothing but watch and tremble as the cardinal and the would-be queen battle behind the scenes for the love of their king, and to keep from winding up under the axe, as so many did in those dark days.

Publisher’s disclaimer: The Cardinal’s Whores contains graphic sexual descriptions, along with detailed depictions of torture and death as practiced during this historical era. If you find such scenes offensive or excessively disturbing, please do not read this book.

Images And Data Courtesy Of: Blushing Books.
This content (including text, images, videos and other media) is published and used in accordance with Fair Use.