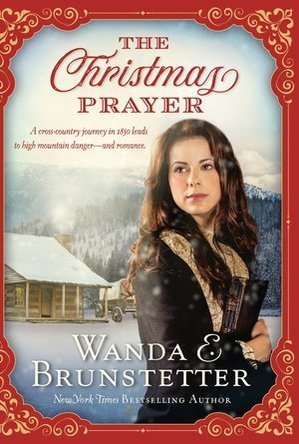 Only the brave—or foolhardy—would attempt a cross-country journey late in the season. Three wagons meet up in Independence, Missouri, in April 1850, and their owners decide to keep forging ahead despite many setbacks and delays. December finds them in the Sierra Nevada Mountains when a sudden snowstorm traps them, obscuring the trail.

Cynthia Cooper is traveling with her mother and the man she has promised to marry. But as Christmas is upon them and they are hunkered down in a small cabin, she is forced to reevaluate her reasons for planning to marry fellow-traveler Walter Prentice. When a widowed father heading to a California ranch and a gold prospector both show an interest in Cynthia, she weighs her dreams for marriage alongside her responsibility to care for her mother. Can love win over her timid heart?

Main Image Courtesy: Barbour Publishing.
This content (including text, images, videos and other media) is published and used in accordance with Fair Use.