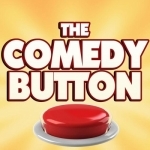 What's going on, Internet!? Prepare for some of the most insane rambling about everything from life, to sex, to what passes for 21st-century Internet culture. Your aural canals are ours, and we're running a train on 'em -- courtesy of hosts Brian Altano, Scott Bromley, Anthony Gallegos, Ryan Scott, and Max Scoville. BRAAAP BRAAAP! New episode every Friday afternoon!

Images And Data Courtesy Of: Hand Turkey LLC.
This content (including text, images, videos and other media) is published and used in accordance with Fair Use.