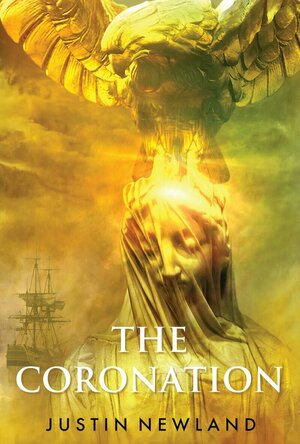 It is 1761. Prussia is at war with Russia and Austria. As the Russian army occupies East Prus-sia, King Frederick the Great and his men fight hard to win back their homeland.

In Ludwigshain, a Junker estate in East Prussia, Countess Marion von Adler celebrates an exceptional harvest. But it is requisitioned by Russian troops. When Marion tries to stop them, a Russian captain strikes her. His lieutenant, Ian Fermor, defends Marion’s honour and is stabbed for his insubordination. Abandoned by the Russians, Fermor becomes a divisive figure on the estate.

Close to death, Fermor dreams of the Adler, a numinous eagle entity, whose territory extends across the lands of Northern Europe and which is mysteriously connected to the Enlighten-ment. What happens next will change of the course of human history…

Main Image Courtesy: Amazon.
Images And Data Courtesy Of: Matador.
This content (including text, images, videos and other media) is published and used in accordance with Fair Use.