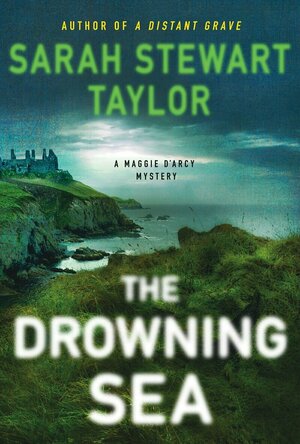 For the first time in her adult life, former Long Island homicide detective Maggie D’arcy is unemployed. No cases to focus on, no leads to investigate, just a whole summer on a remote West Cork peninsula with her teenage daughter Lilly and her boyfriend, Conor and his son. The plan is to prepare Lilly for a move to Ireland. But their calm vacation takes a dangerous turn when human remains wash up below the steep cliffs of Ross Head.

When construction worker Lukas Adamik disappeared months ago, everyone assumed he had gone home to Poland. Now that his body has been found, the guards, including Maggie's friends Roly Byrne and Katya Grzeskiewicz, seem to think he threw himself from the cliffs. But as Maggie gets to know the residents of the nearby village and learns about the history of the peninsula and its abandoned Anglo Irish manor house, once home to a famous Irish painter who died under mysterious circumstances, she starts to think there's something else going on. Something deadly. And when Lilly starts dating one of the dead man's friends, Maggie grows worried about her daughter being so close to another investigation and about what the investigation will uncover.

Old secrets, hidden relationships, crime, and village politics are woven throughout this small seaside community, and as the summer progresses, Maggie is pulled deeper into the web of lies, further from those she loves, and closer to the truth.

Main Image Courtesy: Cover.
Images And Data Courtesy Of: Minotaur Books.
This content (including text, images, videos and other media) is published and used in accordance with Fair Use.