The Early Life of Walt Disney 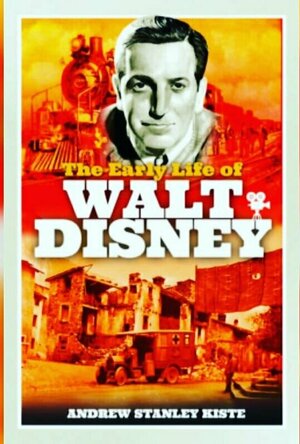 Most biographies of Walt Disney portray him as a creative genius who revolutionized the entertainment industry during the first half of the twentieth century. While he did transform the medium of animation, quickly becoming a household name during his late thirties, many biographies tell the story of Walt Disney's development in a historical vacuum, separate from the historical events happening around him. However, while Walt Disney was certainly a history-influencer, historical events happening in America and the world also shaped the entertainment pioneer he would become.

As the twentieth century began, a new form of entertainment, "motion pictures," would emerge, capturing the imagination of a young boy from Missouri. Over the next several years, Walt Disney would begin to hone his art skills, overcoming a number of hurdles including numerous relocations, a brutal paper route, a deployment to Europe in the days after World War One, numerous bankruptcies, and even homelessness. It was these adversities, along with the historical events that surrounded him, that would influence the man he would become.

For the first time ever, The Early Life of Walt Disney tells some important stories that help to flesh out the Disney history. How instrumental was Elias Disney's career as a carpenter in Chicago? Why did the Disneys really leave Chicago to move to Marceline, Missouri? What types of jobs did Walt perform in France in the days following World War One? How was Walt influenced by the budding industry of animation in America? In addition to answering these questions, The Origins of Walt Disney also includes a tour of the newly restored Walt Disney Birthplace, a new museum located in the childhood home of Walt Disney in Chicago, Illinois!

Main Image Courtesy: @disney_bookworm .
This content (including text, images, videos and other media) is published and used in accordance with Fair Use.