The Foes Between Us (The Last Wizard Series #1) 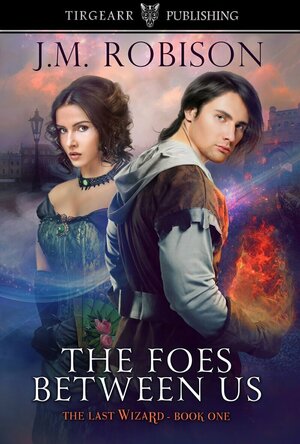 In 1842 England, Brynn suspects Reuben's "natural death" had actually been murder because she starts finding cryptic clues and maps Reuben left behind indicating she needs to find Zadicayn, an imprisoned young man claiming to be a wizard from the Middle Ages.

When Brynn frees Zadicayn, her once peaceful life now becomes dangerous when Zadicayn enlists her help to find his magical amulet, but it's in the possession of Reuben's murderers, and they'll kill anyone, even Brynn, to keep it.

Main Image Courtesy: Amazon.
Images And Data Courtesy Of: Tirgearr Publishing.
This content (including text, images, videos and other media) is published and used in accordance with Fair Use.