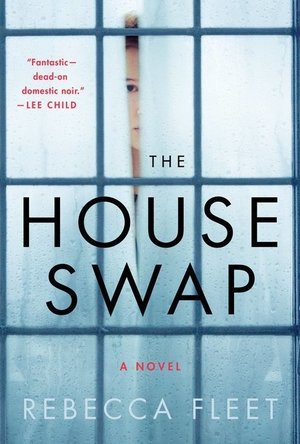 When Caroline and Francis receive an offer to house swap--from their city apartment to a house in a leafy, upscale London suburb--they jump at the chance for a week away from home, their son, and the tensions that have pushed their marriage to the brink. As the couple settles in, the old problems that permeate their marriage--his unhealthy behaviors, her indiscretions--start bubbling to the surface. But while they attempt to mend their relationship, their neighbor, an intense young woman, is showing a little too much interest in their activities. Meanwhile, Caroline slowly begins to uncover some signs of life in the stark house--signs of her life. The flowers in the bathroom or the music might seem innocent to anyone else--but to her they are clues. It seems the person they have swapped with is someone who knows her, someone who knows the secrets she's desperate to forget.

Main Image Courtesy: https://www.penguinrandomhouse.com/books/567196/the-house-swap-by-rebecca-fleet/.
Images And Data Courtesy Of: Pamela Dorman Books.
This content (including text, images, videos and other media) is published and used in accordance with Fair Use.