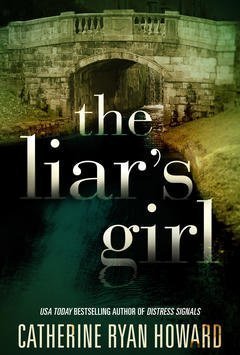 Will Hurley was an attractive, charming, and impressive student at Dublin's elite St. John's College--and Ireland's most prolific serial killer. He stalked and drowned his five young victims in the muddy waters of the Grand Canal, and is currently serving a life sentence in the city's Central Psychiatric Hospital. Alison Smith's world imploded when Liz, her best friend, became the victim of the Canal Killer--and then her boyfriend Will confessed. Alison fled to the Netherlands and, in ten years, has never once looked back. When a young woman's body is found in the Grand Canal, Garda detectives visit Will to see if he can assist them in solving what looks like a copycat killing. Instead, Will tells them he has something new to confess--but there's only one person he's prepared to confess it to. Reluctantly Alison is pulled back into the past she's worked so hard to leave behind, only to discover that, until now, Will has left out the worst part of all.

Main Image Courtesy: http://www.blackstonepublishing.com/books.
Images And Data Courtesy Of: Blackstone Publishing.
This content (including text, images, videos and other media) is published and used in accordance with Fair Use.