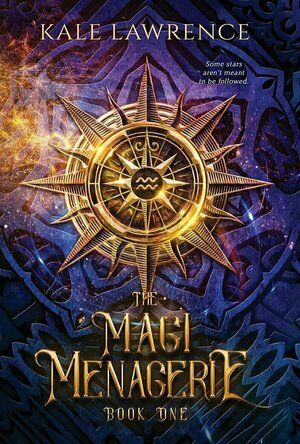 Some stars aren't meant to be followed...

For seventeen years, Ezra Newport and his parents were habitual immigrants, traveling from their Ottoman Empire home across 20th century Europe. As the Newports migrate to Belfast, Ireland, Ezra wants nothing more to settle into a consistent life and lay the foundation of his architectural dreams. But after a strange, mechanical bounty hunter murders his mother and prompts the disappearance of his father, Ezra discovers that his parents had actually been on the run. Now, their enemies are targeting him, and they won’t stop until he is dead.

In a moment of desperation, Ezra’s fate collides with the Third Order of the Magi, a secret society dedicated to using their supernatural powers to protect their communities. With increasing violence around the world, the Magi are fairly certain they know who’s behind the attacks on Ezra and his family since the same group could also be threatening their own existence.

Both Ezra and the Magi’s survival hinges on knowledge only Ezra’s father has and the key to saving them could be buried within history itself. In a race across continents and time, both Ezra and the Magi must secure an ancient Babylonian artifact before hell is unleashed on the world. And, against all odds, Ezra must decide where his allegiances truly lie, despite what is written in the stars.

Main Image Courtesy: Amazon.
Images And Data Courtesy Of: EnchantFire Books.
This content (including text, images, videos and other media) is published and used in accordance with Fair Use.