The Magician (The Necronomicon Guardian #1) 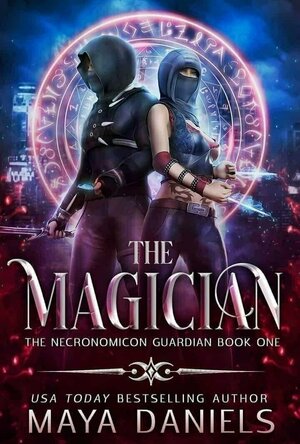 When the clock started…

…there were only 24-hours to do the job.

Was it an impossible kill order?

Charlie has several faults. She can be a little klutzy and her snarky humor rears it’s head at inappropriate times. Also, she’s young and controlling her magic powers isn’t her strong suit. Still, she’s quite sure she’s the best mage assassin ever, but there’s just two problems.

She hasn’t killed anyone, yet.

And she hates the thought of taking a life.

Why did they choose her to kill the most powerful vampire in the world?

The Magician has a powerful artifact. The Necronomicon is a dangerous force. It’s why he had to kill Charlie’s family and he may have to finish the job, unless he can find a better use for her. Nobody is going to derail his plan.

He isn’t afraid to get his hands dirty.

In fact, he enjoys it.

Can Charlie become the thing the vampires, shifters, and warlocks fear most, a silent killer waiting in the shadows?

You’ll love this action-packed book 1 in the series, because it’s a tale of revenge, love, and growth, that will keep you turning the pages.