The Mermaid, the Witch and the Sea 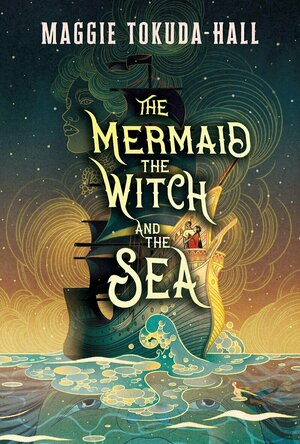 Add New Image or Add New Video
Edit
The Mermaid, the Witch and the Sea

A desperate orphan turned pirate and a rebellious imperial daughter find a connection on the high seas in a world divided by colonialism and threaded with magic.

Aboard the pirate ship Dove, Flora the girl takes on the identity of Florian the man to earn the respect and protection of the crew. For Flora, former starving urchin, the brutal life of a pirate is about survival: don’t trust, don’t stick out, and don’t feel. But on this voyage, as the pirates prepare to sell their unsuspecting passengers into slavery, Flora is drawn to the Lady Evelyn Hasegawa, who is en route to a dreaded arranged marriage with her own casket in tow. Flora doesn’t expect to be taken under Evelyn’s wing, and Evelyn doesn’t expect to find such a deep bond with the pirate Florian.

Soon the unlikely pair set in motion a wild escape that will free a captured mermaid (coveted for her blood, which causes men to have visions and lose memories) and involve the mysterious Pirate Supreme, an opportunistic witch, and the all-encompassing Sea itself.

Main Image Courtesy: Goodreads.
Images And Data Courtesy Of: Walker Books.
This content (including text, images, videos and other media) is published and used in accordance with Fair Use.

1 list features The Mermaid, the Witch and the Sea