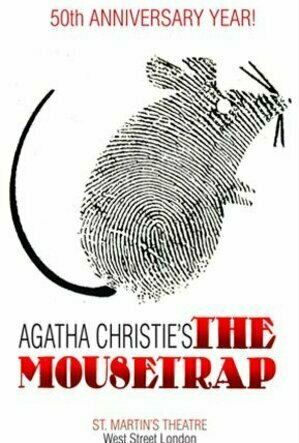 The Mousetrap is a murder mystery play by Agatha Christie. The Mousetrap opened in London's West End in 1952, and has been running continuously since then. The longest-running West End show, it has by far the longest initial run of any play in history, with its 25,000th performance taking place on 18 November 2012.