The Murderess Must Die 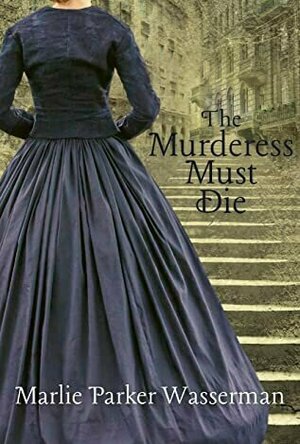 On a winter day in 1898, hundreds of spectators gather at a Brooklyn courthouse, scrambling for a view of the woman they label a murderess. Martha Place has been charged with throwing acid in her stepdaughter’s face, hitting her with an axe, suffocating her with a pillow, then trying to kill her husband with the same axe. The crowd will not know for another year that the alleged murderess becomes the first woman in the world to be executed in the electric chair. None of her eight lawyers can save her from a guilty verdict and the governor of New York, Theodore Roosevelt, refuses to grant her clemency.

Was Martha Place a wicked stepmother, an abused wife, or an insane killer? Was her stepdaughter a tragic victim? Why would a well-dressed woman, living with an upstanding husband, in a respectable neighborhood, turn violent? Since the crime made the headlines, we have heard only from those who abused and condemned Martha Place.

Speaking from the grave she tells her own story, in her own words. Her memory of the crime is incomplete, but one of her lawyers fills in the gaps. At the juncture of true crime and fiction, The Murderess Must Die is based on an actual crime. What was reported, though, was only half the story.

Main Image Courtesy: Amazon.
Images And Data Courtesy Of: Level Best Books.
This content (including text, images, videos and other media) is published and used in accordance with Fair Use.