The Nightjar's Promise (The F.I.G. Mysteries #4) 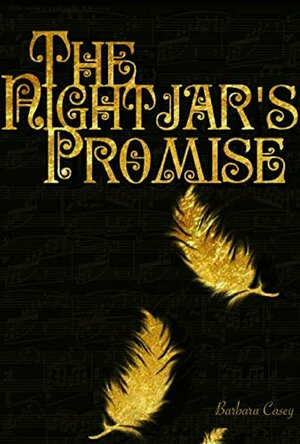 Jennifer Torres, one of the three FIGs (Females of Intellectual Genius) who is a genius in both music and art, is the last to leave the closed rehearsal for her upcoming performance over Thanksgiving break at Carnegie Hall when she hears something in the darkened Hall. Recognizing the tilt of the woman’s head and the slight limp of the man as they hurry out an exit door, she realizes it is her parents who were supposedly killed in a terrible car accident when she was 15 years old.

Devastated and feeling betrayed, she sends a text to Carolina and the other two FIGs—THURGOOD. It is the code word they all agreed to use if ever one of them got into trouble or something happened that was too difficult to handle. They would all meet back at Carolina’s bungalow at Wood Rose Orphanage and Academy for Young Women to figure it out.

As soon as they receive the text, because of their genius, Dara starts thinking of words in ancient Hebrew, German, and Yiddish, while Mackenzie’s visions of unique math formulae keep bringing up the date October 11, 1943. That is the date during World War II when the Nazis—the Kunstschutz—looted the paintings of targeted wealthy Jewish families and hid them away under Hitler’s orders. And as Carolina waits for the FIGs to return to Wood Rose, she hears warnings from Lyuba, her gypsy mother, to watch for the nightjar, the ancient name for the whip-poor-will.

As they search for “The Nightjar’s Promise” and the truth surrounding it, Carolina and the FIGs come face to face with evil that threatens to destroy not only their genius, but their very lives.