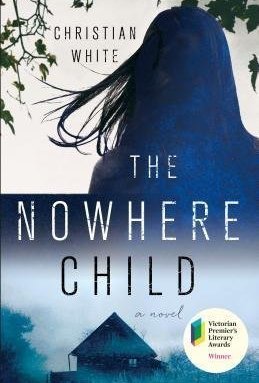 Winner of the Victorian Premier’s Literary Award, The Nowhere Child is screenwriter Christian White’s internationally bestselling debut thriller of psychological suspense about a woman uncovering devastating secrets about her family—and her very identity…

Kimberly Leamy is a photography teacher in Melbourne, Australia. Twenty-six years earlier, Sammy Went, a two-year old girl vanished from her home in Manson, Kentucky. An American accountant who contacts Kim is convinced she was that child, kidnapped just after her birthday. She cannot believe the woman who raised her, a loving social worker who died of cancer four years ago, crossed international lines to steal a toddler.

On April 3rd, 1990, Jack and Molly Went’s daughter Sammy disappeared from the inside their Kentucky home. Already estranged since the girl’s birth, the couple drifted further apart as time passed. Jack did his best to raise and protect his other daughter and son while Molly found solace in her faith. The Church of the Light Within, a Pentecostal fundamentalist group who handle poisonous snakes as part of their worship, provided that faith. Without Sammy, the Wents eventually fell apart.

Now, with proof that she and Sammy are in fact the same person, Kim travels to America to reunite with a family she never knew she had. And to solve the mystery of her abduction—a mystery that will take her deep into the dark heart of religious fanaticism where she must fight for her life against those determined to save her soul…