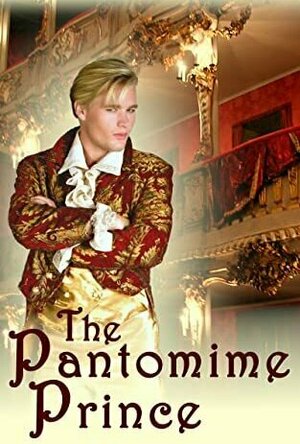 When Teddy agrees to pretend to be his famous sister and take her role in a Christmas panto, he thinks his largest problem is going to be fitting into the costume tights without making it very clear to the audience it’s a man playing the part.

When flowers and letters start arriving at his dressing room from a secret admirer, he knows they’re actually meant for his sister, but he can’t help dreaming they’re for him. The whole thing has him so distracted that he crashes into the same man waiting outside the stage door not once, but twice.

Each time he runs into Dr. Basil Goodall, Teddy is charmed by the handsome, witty man. He wishes the secret admirer could be someone like him, even though he knows that’s impossible.

With the final curtain about to fall, Teddy faces losing both his time with Basil and his dream of a secret admirer. But maybe with a little Christmas magic, this fairy tale can still find its happily ever after.

The Pantomime Prince is an 8,500-word standalone short story set in Victorian London. To read it one week early and for FREE, sign up for the newsletter at www.SamanthaSoRelle.com. It will also be available on Amazon for $0.99 on Dec 6.

Main Image Courtesy: Amazon.
Images And Data Courtesy Of: Balcarres Books LLC.
This content (including text, images, videos and other media) is published and used in accordance with Fair Use.