The Queen of the Citadels (King's Germans #3) 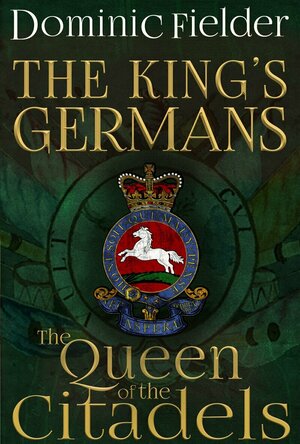 Dunkirk was a disaster for the Duke of York’s army. The French, sensing victory before the winter, launch attacks along the length of the border. Menen is captured and the French now hold the whip hand. Nieuport and Ostend are threatened, and Sebastian Krombach finds himself involved in a desperate plan to stop the Black Lions as they spearhead the French advance. Werner Brandt and the men of 2nd Battalion race to Menen to counterattack and rescue Erich von Bomm and the Grenadiers, whilst von Bomm struggles to save himself from his infatuation with a mysterious French vivandière.

Meanwhile, dark and brooding, the citadel of Lille dominates the border. The Queen of the Citadels has never been captured by force. The allies must now keep Menen, which guards Flanders, and seize Lille to open the road to Paris. All of this must be done under the watchful eyes of a spy in the Austrian camp. Juliette of Marboré is fighting her own secret war to free Julian Beauvais, languishing in the Conciergerie prison, and waiting for his appointment with the guillotine, as the Terror rages in Paris.