The Shadow of Memory 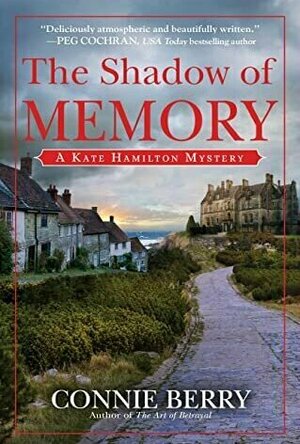 
As Kate Hamilton plans her upcoming wedding to Detective Inspector Tom Mallory, she is also assisting her colleague Ivor Tweedy with a project at the Netherfield Sanatorium, which is being converted into luxury townhouses. Kate and Ivor must appraise a fifteenth-century paintingand verify that its provenance is the Dutch master Jan Van Eyck. But when retired criminal inspector Will Parker is found dead, Kate learns that the halls of the sanatorium housed much more than priceless art.

Kate is surprised to learn that Will had been the first boyfriend of her friend Vivian Bunn, who hasn’t seen him in fifty-eight years. At a seaside holiday camp over sixty years ago, Will, Vivian, and three other teens broke into an abandoned house where a doctor and his wife had died under bizarre circumstances two years earlier. Now, when a second member of the childhood gang dies unexpectedly—and then a third—it becomes clear that the teens had discovered more in the house than they had realized.

Had Will returned to warn his old love? When Kate makes a shocking connection between a sixty-year-old murder and the long-buried secrets of the sanatorium, she suddenly understands that time is running out for Vivian—and anyone connected to her.

Main Image Courtesy: Book Publisher.
Images And Data Courtesy Of: Crooked Lane Books.
This content (including text, images, videos and other media) is published and used in accordance with Fair Use.