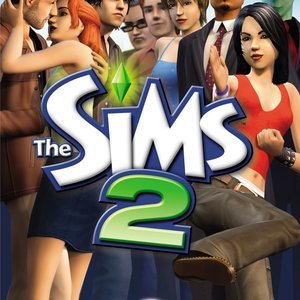 The Sims 2 is a strategic life simulation video game sequel to The Sims.
The game has the same concept as its predecessor: players control their Sims in various activities and form relationships in a manner similar to real life. The Sims 2, like its predecessor, does not have a defined final goal; gameplay is open-ended. Sims have life goals, wants and fears, the fulfillment of which can produce both positive or negative outcomes. All Sims age, and can live to 90 sim days depending on the degree to which their aspirations are fulfilled. The Sims 2 builds on its predecessor by allowing Sims to age through six stages of life and incorporating a 3D graphics engine. Although gameplay is not linear, storylines exist in the game's pre-built neighborhoods. Pleasantview is based 25 years after the town in the original The Sims. Strangetown's storyline is based on the supernatural, and is loosely connected with Pleasantview. Veronaville's characters are based on Shakespearean characters.

Main Image Courtesy: ea.com.
Images And Data Courtesy Of: EA Games.
This content (including text, images, videos and other media) is published and used in accordance with Fair Use.