The Sweetness at the Bottom of the Pie (Flavia de Luce, #1) 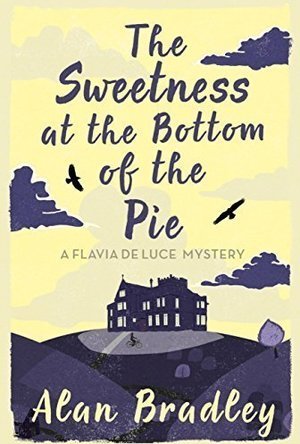 Add New Image or Add New Video
Edit
The Sweetness at the Bottom of the Pie (Flavia de Luce, #1)

England 1950. At Buckshaw, the crumbling country seat of the de Luce family, very-nearly-eleven-year-old Flavia is plotting revenge on her older sisters.

Then a dead bird is left on the doorstep, which has an extraordinary effect on Flavia's eccentric father, and a body is found in the garden. As the police descend on Buckshaw, Flavia decides to do some investigating of her own.