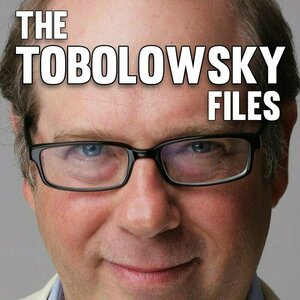 You've seen him in movies like Groundhog Day, Memento, Sneakers, and on TV in shows like Deadwood and Glee. Now hear what he's like when Stephen Tobolowsky is playing himself! The Tobolowsky Files is a podcast brought to you by the people behind the /Filmcast at http://www.slashfilmcast.com. It is a series of profound, moving, and hilarious stories about life, love, and the entertainment industry, as told by character actor Stephen Tobolowsky. You can find all of our episodes at http://www.tobolowskyfiles.com and you can always e-mail us at slashfilmcast@gmail.com.
Want to hear more of Stephen's stories? Check out his awesome movie, "Stephen Tobolowsky's Birthday Party" at http://www.stbpmovie.com

Images And Data Courtesy Of: Stephen Tobolowsky and David Chen.
This content (including text, images, videos and other media) is published and used in accordance with Fair Use.