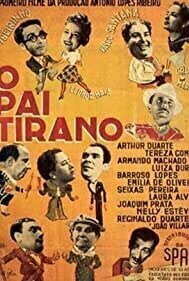 Francisco, salesman in a shoe store, is totally in love with Tatão, which sells perfume in the same street. But he is an amateur theater actor, as she hates theater and is a fan of cinema. Will this unlikely love endure?