The Usurper King (The Plantagenet Legacy #3) 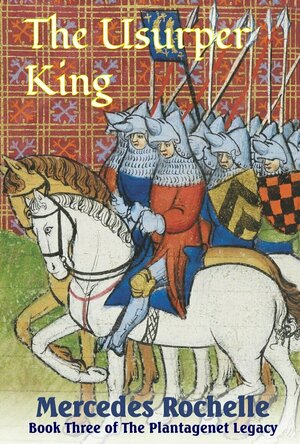 From Outlaw to Usurper, Henry Bolingbroke fought one rebellion after another.

First, he led his own uprising. Gathering support the day he returned from exile, Henry marched across the country and vanquished the forsaken Richard II. Little did he realize that his problems were only just beginning. How does a usurper prove his legitimacy? What to do with the deposed king? Only three months after he took the crown, Henry IV had to face a rebellion led by Richard's disgruntled favorites. Worse yet, he was harassed by rumors of Richard's return to claim the throne. His own supporters were turning against him. How to control the overweening Percies, who were already demanding more than he could give? What to do with the rebellious Welsh? After only three years, the horrific Battle of Shrewsbury nearly cost him the throne—and his life. It didn't take long for Henry to discover that that having the kingship was much less rewarding than striving for it.

Main Image Courtesy: Amazon.
Images And Data Courtesy Of: Sergeant Press.
This content (including text, images, videos and other media) is published and used in accordance with Fair Use.