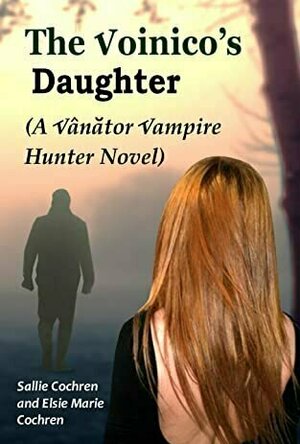 Watch out vampires! There's a new girl in town!

Nicoleta has never taken a life before, but she will have to make her first kill soon. Typical of girls her age, her concerns are boys and college. But when she takes a trip to Romania with several of her classmates to celebrate their graduations, Nicoleta is going to discover who she really is. When Nicoleta learns that she is adopted and that her biological parents live in Romania, it's just the tip of the iceberg. Finding out that her birthright is hunting and killing vampires, Nicoleta has to decide if she will remain in Romania and fulfill her destiny or if she will return to America and try to forget about the nightmare of a world that she has been thrown into.

Adding to Nicoleta's problems, a notorious vampire named Varujan has been waiting for Nicoleta's arrival. Her parents are called voinicos because they survived being bitten by a vampire. By birth, a voinico's child becomes a vampire hunter, also known as a vanator. Varujan has known that the voinico's daughter would eventually return to Romania and he is looking forward to meeting her and killing her. With his vampire mistress, Antanasia, Varujan seems unstoppable.

Is Nicoleta ready to face Varujan and Antanasia? The other vanators have been training to kill vampires since they were children. Will Nicoleta be able to catch up with her training and be ready for the battle that is inevitably coming? Can she keep herself and her friends safe, or will they become the vampires' victims before their trip is over? Whatever happens, one thing is for sure. Nicoleta's life is never going to be the same again!