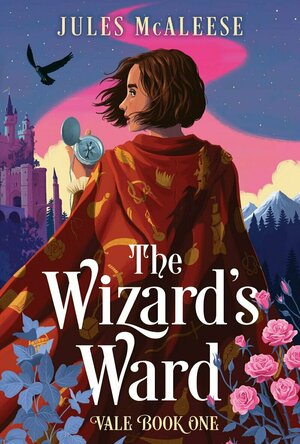 In the world of Vale, the King of the Elves lives in fear of an ancient prophecy. 'Only a gray blood can kill the king', or so it foretells.

But nobody in the land of Vale has gray blood: not the elves who rule the land, the mortals who inhabit the villages, the mer who rule the sea, or the witches who are engaged in a bloody and costly war with the elves. No one except Francis, and her life depends on keeping this secret.

When Billington, the King's Wizard, brought under his protection a newborn baby, an infant hunted by the king's Sleuths, his decision put both of their lives in jeopardy.

Fifteen years later and now the wizard's ward, Francis is shaken as her protector disappears from the castle overnight, and she must enlist the help of her first love, a battle-ridden soldier named X, as she embarks on a quest of survival and self-discovery.

But outside the safety of the castle's walls, a war is raging and Francis must endure betrayal and face a myriad of dangers plaguing the land of Vale as she seeks to find the only family that she has ever known. As she encounters shapeshifting bounty hunters, marauding pirates, and dragons that dwell in the witch's mountains, can Francis uncover the true power of her gray blood? Or is the King's prophecy just a thing of legend?

As the first installment of the young adult fantasy Vale series, this mystical tale is perfect for fans of Sarah J. Maas and Holly Black.

Main Image Courtesy: Amazon.
Images And Data Courtesy Of: Vale Media.
This content (including text, images, videos and other media) is published and used in accordance with Fair Use.