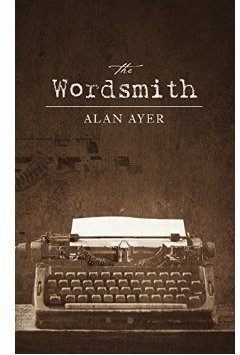 Walt Erickson is a famous author whose books are read by millions of adoring fans, but he has never written a word of his own novels. The secret behind his novels is the stuff of nightmares.

With his agent, an associate, and a particularly unique typewriter by his side, Walt’s creative process is much more sinister and merciless than the average writer’s. The lengths to which one man will go to achieve fame and notoriety give a chilling glimpse into what humans are capable of, regardless of the moral consequences.

The Wordsmith is a thrilling and darkly innovative story of suspense, one that will force you to wonder if we can ever truly know the whole story behind the people we love. Is it possible to unearth the darkest details of ourselves and still come out alive?

As Walt’s hunger for fame continues to grow, and his girlfriend begins to suspect the unsettling truth behind his words, the tenuous threads holding Walt’s life together begin to fray.