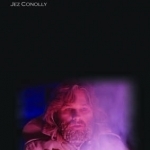 Consigned to the deep freeze of critical and commercial reception upon its release in 1982, "The Thing" has bounced back spectacularly to become one of the most highly regarded productions from the 1980s 'Body Horror' cycle of films, experiencing a wholesale and detailed reappraisal that has secured its place in the pantheon of modern cinematic horror. Thirty years on, and with a recent prequel reigniting interest, Jez Conolly looks back to the film's antecedents and to the changing nature of its reception and the work that it has influenced. The themes discussed include the significance of "The Thing"'s subversive antipodal environment, the role that the film has played in the corruption of the onscreen monstrous form, the qualities that make it an exemplar of the director's work and the relevance of its legendary visual effects despite the advent of CGI. Topped and tailed by a full plot breakdown and an appreciation of its notoriously downbeat ending, this exploration of the events at US Outpost 31 in the winter of 1982 captures "The Thing"'s sub-zero terror in all its gory glory.