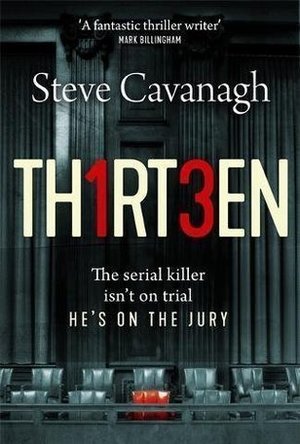 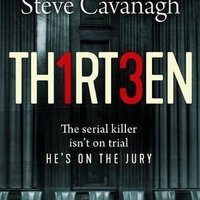 THE SERIAL KILLER ISN'T ON TRIAL.

'THIRTEEN is my favourite read of the year.' Sarah Pinborough

'Smart and original. This is a belter of a book.' Clare Mackintosh

They were Hollywood's hottest power couple. They had the world at their feet. Now one of them is dead and Hollywood star Robert Solomon is charged with the brutal murder of his beautiful wife.

This is the celebrity murder trial of the century and the defence want one man on their team: con artist turned lawyer Eddie Flynn.

All the evidence points to Robert's guilt, but as the trial begins a series of sinister incidents in the court room start to raise doubts in Eddie's mind.

What if there's more than one actor in the courtroom?

Images And Data Courtesy Of: Orion Publishing Group.
This content (including text, images, videos and other media) is published and used in accordance with Fair Use.