This is Not a Horror Movie 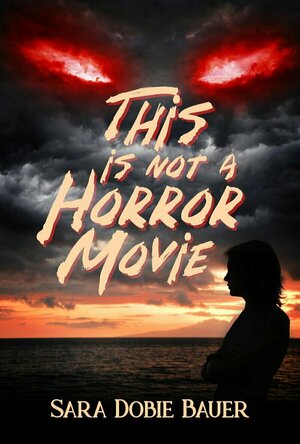 For the past four years, Emory, Connor, and their families have vacationed side by side on Longboat Key, Florida. Eighteen-year-old Emory has pined for his neighbor from behind the covers of Stephen King books, but college boy Connor has never noticed him. Probably because Emory looks like Jack Skellington with good hair.

Emory anticipates another predictable summer of sunburn and disappointment. Instead, he ends up with a mystery on his hands when a beloved beach bum goes missing, and Connor volunteers to help with the search. Turns out it’s not just scary movie cops who are worthless, so the boys start an investigation of their own—leading them straight to an abandoned beach resort.

Despite the danger, Emory and Connor grow closer, but as Emory’s gay dreams start coming true, so do the horror movie tropes he so loves. Even though he knows that sex equals death in slasher flicks, Emory can’t keep his hands off the guy of his teenage dreams.