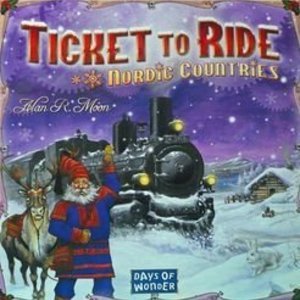 A railroad game designed by Harry Wu. The industrial boom in the 19th century America continues, along with the struggle to become the most successful railroad in the country! Names such as Cornelius Vanderbilt and Charles Morgan bear witness to this period of money making. But financing the railroads was not the only thing they all had in mind…the most important goal of all was to make as much profit as possible. The players assume the role of an investor and attempt to achieve dividends that are as high as possible. But the more companies there are, the more difficult it gets. Which investor has the best skills…

Images And Data Courtesy Of: Days of Wonder.
This content (including text, images, videos and other media) is published and used in accordance with Fair Use.