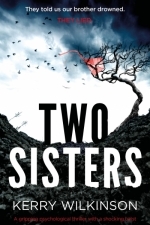 They told us he had been missing for nearly two days, that he probably drowned. They told us a lie.
Megan was ten years old when her older brother, Zac, went missing among the cliffs, caves and beaches that surround the small seaside town of Whitecliff.
A decade later and a car crash has claimed the lives of her parents.
Megan and her younger sister Chloe return to Whitecliff one summer for the first time since their brother’s disappearance. Megan says it’s to get her parents’ affairs in order. There are boxes to pack, junk to clear, a rundown cottage to sell. But that’s not the real reason.
Megan has come to confront her family’s past after receiving a postcard on the day of her parents’ funeral. It had a photograph of Whitecliff on the front and a single letter on the back.
‘Z’ is all it read.
Z for Zac

Main Image Courtesy: Bookouture.
Images And Data Courtesy Of: Bookouture.
This content (including text, images, videos and other media) is published and used in accordance with Fair Use.