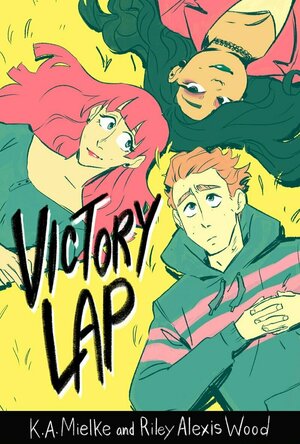 Josh doesn't know what he wants to do with his life, which is exactly why he's taking a fifth year of high school while his girlfriend goes to university. (Well, that and the fact that his best friend basically forced him into it.) The only thing he's sure about is the love of his life-who promptly breaks up with him.

High school senior, Kiki, quietly started transitioning over the summer to an audience of herself, her best friend, and her vaguely unsupportive parents. Now she has to deal with coming to her school as a new person, and when she's partnered with Josh in Writer's Craft, she finds herself developing maybe a little bit of an enormous crush.

Everyone just wants to make it out of high school in one piece, but Josh and Kiki's last year might not be so simple.

Victory Lap is an own voices young adult novel about growing up in a world that expects teenagers to have everything figured out by the time they leave high school.

Victory Lap was inspired by the likes of modern YA authors such as Rainbow Rowell, Becky Albertalli, and John Green, as well as classic, angsty teen dramas like Degrassi and Dawson's Creek.