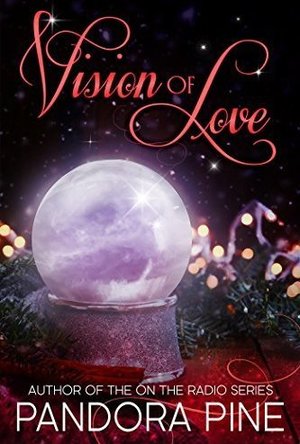 Carson Craig, the West Side Psychic, has just had a vision. This shouldn’t be a strange occurrence since he makes his living offering people glimpses of “the other side.” The problem is that Carson is a fraud. He’s never even seen a glimmer of what the future holds, but now this vision of a green-eyed man, his chest bleeding from a gunshot wound, brings the charlatan-seer to his knees.

Human Resources Manager, Truman Wesley, has just fired an employee. Although unpleasant, it’s a normal part of his job. What makes this incident unusual is that the firing occurs three weeks before Christmas and the enraged employee vows to get his revenge. Truman is badly shaken after the incident but tries to put it out of his mind so he can enjoy his favorite time of year with his family and friends.

All Carson wants to do when he sets out to find the handsome man in his vision is save the man’s life. It seems that fate and the hearts of these two men have other plans. As Christmas draws near, Carson finds himself falling in love and struggling to find a way to tell Truman the truth about what brought them together.

When Truman discovers the truth about his lover all on his own and walks away from their relationship, will Carson be able to save him before these frightening visions become a reality?

This book is a prequel to the Cold Case Psychic series that will continue in 2018.