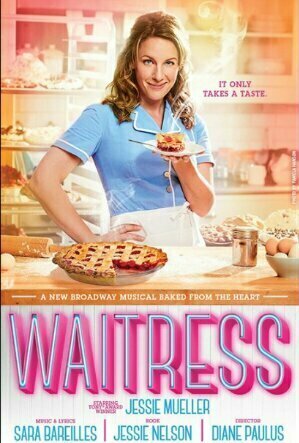 Waitress is a musical with music and lyrics by Sara Bareilles and a book by Jessie Nelson. The musical is based on the 2007 film of the same name, written by Adrienne Shelly. It tells the story of Jenna Hunterson, a waitress in an abusive relationship with her husband Earl.