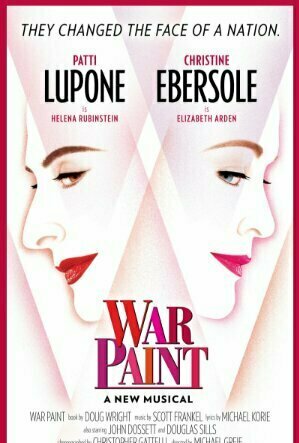 War Paint is a musical with book by Doug Wright, music by Scott Frankel, and lyrics by Michael Korie, based both on Lindy Woodhead's 2004 book War Paint and on the 2007 documentary film The Powder & the Glory by Ann Carol Grossman and Arnie Reisman.