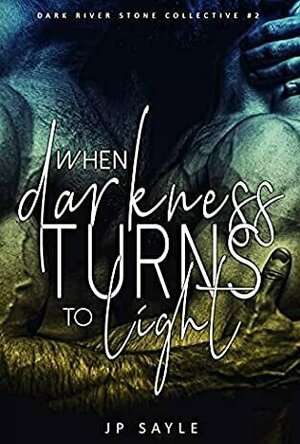 Dark Angels is the family Toad has chosen when he follows his heart. Will one man’s love and his brothers, be enough to protect him from danger?

Toad has been running for years from those who locked him up and threw away the key because he was gay. An accident puts the man he loves right in his path, but it also puts his life in jeopardy. Now he must face his past to claim his future.

The past has Sid choosing to keep his personal life separate from those he calls family, Dark Angels. That is until he invites Toad to live with him. As the other man sees beneath the barriers to what is hidden beneath, can Sid resist what Toad offers him: Unconditional Love?

When Darkness Turns to Light is a MC, MM sexy romance, where close proximity reveals nothing is as it seems on the surface. This is the second book in Dark River Stone Collective and can be read as a standalone.