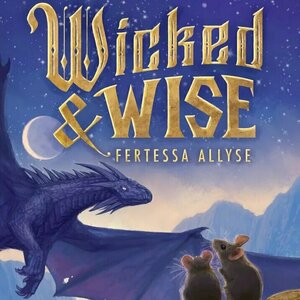 Dragons compete in a variety of ways, but one of their favorite ways is playing by playing trick taking games. In Wicked & Wise, players are either the Dragons that are playing a trick taking game OR they're the Mouse that is allied with a particular Dragon that's helping to manipulate the trick taking game. Over the course of three rounds, each team of Mouse and Dragon fight over tricks, treasures, and coins, to see which team is the winner! The game isn't all about wining tricks, either, it's also about setting goals and utilizing magical treasures. If one can make enough of their goals or sabotage enough of the other team's goals, they'll have the most coins at the end of the game and will be crowned king of the caves!

—description from the pubisher