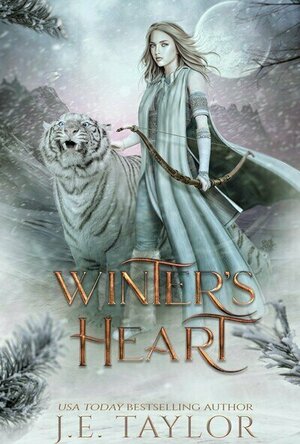 Myths. Magic. And a prophecy realized.

Lisa Winters is supposed to save the small town of Opal from destruction with magic she does not possess. The white tiger has awoken, and he wants revenge on the people who betrayed him, as well as the sorceress who bound him in frost.
Lisa was not that witch. And yet, everyone believes she is the fated one. The one who will finally end the white tiger's reign of terror.

Even her mentor, Herk, thinks so.

Lisa doesn't want to let anyone down, but she can barely start a fire with a match and lighter fluid, let alone do anything magical.

That is, until the moment she meets the white tiger.

His majestic beauty stirs deep within her soul. Her magic, dormant for so long, sparks to life like a shooting star streaking across the universe.

But as the burst fades, so does her strength, leaving her vulnerable to the tiger's wrath.