Wishes for Rohi (Jinn and Tonic #1) 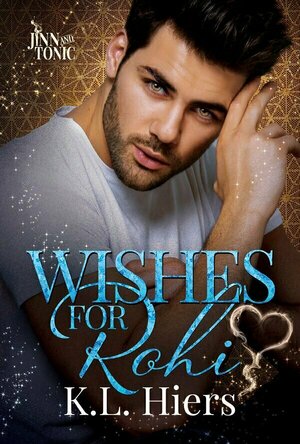 Ashley Mostrich gets one heck of a birthday surprise when the guy he brought home for the night turns out to be the twin brother of the prince he didn’t know he was supposed to marry. Unbeknownst to Ashley, his grandpa made a deal with a jinn and promised him off to the royal family before he was even born.

Zamir is the heir to the mystical kingdom of Palmyra and promises he will love Ashley in time, while his younger brother, Zaire, is trying to get into Ashley ‘s bed again. Ashley wants to be a faithful fiancé to Zamir, but he cannot deny the powerful chemistry he feels with Zaire. Additional jealousy flares when Ashley discovers that Zamir’s heart already belongs to another, but the pressure for the wedding is on because the future of the Palmyran people hinges on a royal union magically producing an heir.

Once Ashley realizes that Zaire’s feelings for him might be more than physical, he finds himself falling in love with the wrong brother and risking the fate of the entire kingdom. It’ll take a miracle—or one very powerful wish—for everyone to have a happy ending.