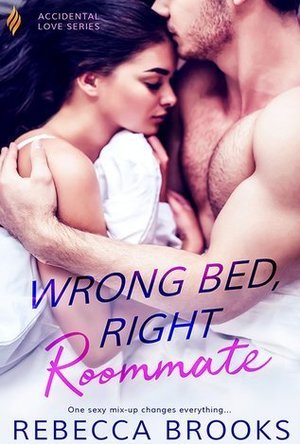 It's not every day you wake up to a stranger getting into your bed.
Only, he isn't a stranger at all, he's my best friend's hot older brother…and apparently my new roommate.
Having him in my space, driving me crazy, isn't a problem at all. Nope.
All I need to do is keep control of the situation…
But that's easier said than done.

Shawn Lassiter is the kind of distraction I don't need.
First he accidentally gets into my bed, half-naked, the night before my first day at my new job.
Hello, muscles and tattoos!
Then he's there, in nothing but a towel, making me coffee in the morning.
It's more than any girl can resist. Right?
But Shawn is off-limits, even if his eyes are saying differently.

Images And Data Courtesy Of: Entangled: Brazen.
This content (including text, images, videos and other media) is published and used in accordance with Fair Use.