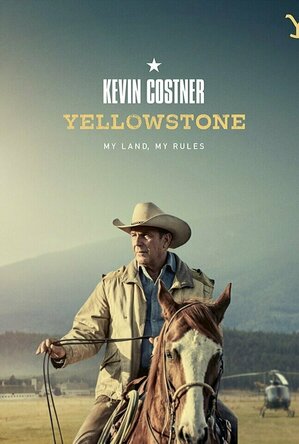 Yellowstone is an American drama television series created by Taylor Sheridan and John Linson that premiered on June 20, 2018, on the Paramount Network. It stars Kevin Costner, Wes Bentley, Kelly Reilly, Luke Grimes, Cole Hauser, and Gil Birmingham. The series follows the conflicts along the shared borders of a large cattle ranch, a Native reservation, and land developers. In June 2019, Paramount Network renewed the series for a third season, which premiered on June 21, 2020. In February 2020 and ahead of the premiere of its third season, Paramount Network renewed the series for a fourth season, with filming and casting continuing in July 2021 and a delayed release date expected in late 2021.

Main Image Courtesy: Paramount Network.
This content (including text, images, videos and other media) is published and used in accordance with Fair Use.