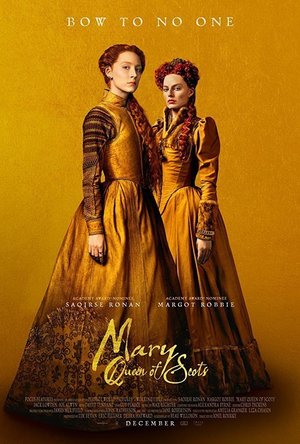 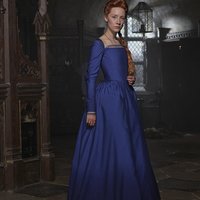 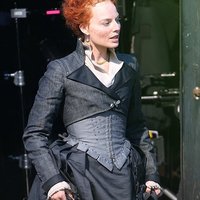 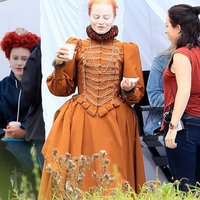 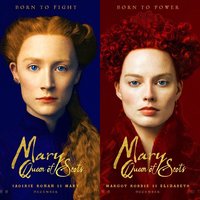 January is proving to be a challenging month, so many historical and biographical movies and a lot of me saying "this was great but..."

Scrolling back through Saoirse Ronan's acting career I've only actually seen her in two things, Lady Bird and City Of Embers (which for the life of me I cannot remember her in), and I can't say that I was going in as a fan, but I came out pleasantly surprised by her powerful portrayal of Mary.

The cast in this is brilliant, so many recognisable faces. Ian Hart, Gemma Chan, David Tennant (not initially so recognisable until he starts to speak), Brendan Coyle and Joe Alwyn who is clearly hedging his bets by appearing in The Favourite as well.

Margot Robbie is wonderful, just generally, and I love so many of her roles. I do feel like she was rather underused as Elizabeth, but thankfully her brief appearances were quite striking.

I was so happy to see Adrian Lester's name connected to this. I'm slightly obsessed with Hustle, and his stage and screen work is usually something tremendously entertaining to watch. However, I didn't feel that the script allowed him to get anything good out of Lord Randolph sadly. Guy Pearce fared much better and gave an impressive performance.

Visually the locations and costumes make for a magnificent film, but while I wasn't bored at any point it does feel like it could have lost a few minutes here and there.

It's worth giving a watch at some point but I don't think there's any rush to get to the cinema for it.

Some quality Mary ginger hair... maybe without the halo of volume. 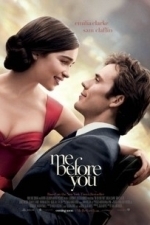 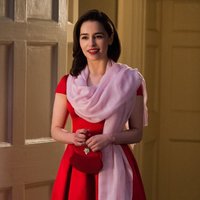 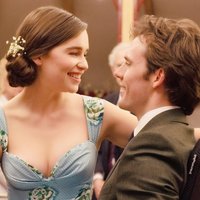 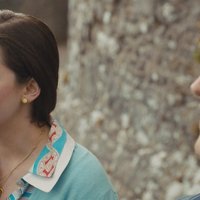 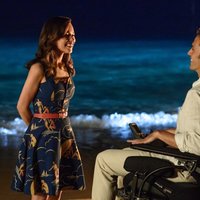 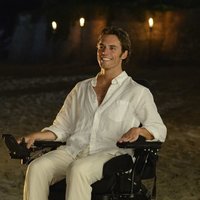 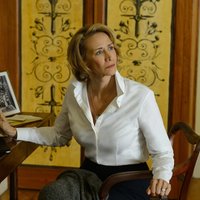 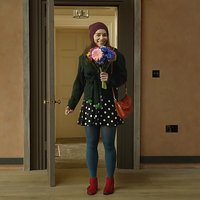 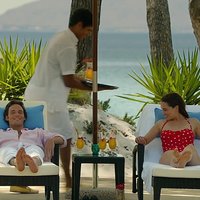 “You are scored on my heart Clark”
“Me Before You” is a bit of a queer fish of a movie. It never quite decides whether it wants to be a romantic weepy, a drama, or a rom-com and as such ends up rather falling between all three stools.
Emelia Clarke (“Game of Thrones”, “Terminator: Genesys”) plays Lou Clark, an ‘invisible’ girl “with potential” who is trapped – due to unemployment-led poverty – living with her parents in a provincial castle town (a picturesque Pembroke, though notably hardly a Welsh accent in earshot). Her boyfriend Patrick (“Harry Potter”’s Matthew Lewis) is a running nut that doesn’t play to her romantic needs in any way. Circumstance leads her into the job of a carer for a quadriplegic, Will Traynor (Sam Claflin, from “The Hunger Games” sequels) who also happens to be the son of the local millionaire couple (played by Charles Dance and Janet McTeer). They own the castle, a large mansion and most of the surrounding countryside too.
Will – previously a sports jock – is paralyzed from the neck down after an accident and is a frustrated and suicidal mind in a useless body. Can the quirky and vivacious Lou bring him out of his morbid shell and find him a life worth living again?

From this outline, you might think the story almost writes itself, and for most of the film it does. But the writers have a number of twists and turns in store which – depending on your sentiments – might entertain or appall.
As her first leading actress role in a non-action feature it’s a bit difficult to sum up Emilia Clarke’s performance. At face value it could be described as an advanced case of over-acting, with an extensive array of kooky looks and gurning facial expressions. (Those eyebrows! At some point we’re going to have to see her acting opposite Cara DeLevingne in a “Batman v Superman” eye-brow-off). On the other hand, she plays the part with such vivacity and charm – and notably in a manner so in keeping with the character she portrays – that it is hard not to be enchanted by her: I certainly was.

Claflin plays the brooding and resentful Traynor well and Matthew Lewis shows he is growing into a really professional jobbing actor as he enters his mid-20’s.

Also radiant (she always is… sorry to break it to the wife like this… but I am basically in love with her!!) is the ever-gorgeous Jenna Coleman (“Dr Who”, “Victoria”) in what is to date a rare outing for her onto the big screen (she previously has only had a small role in the first “Captain America” film: she really needs a breakout movie like Carey Mulligan’s “An Education”). Coleman and Clarke make a very credible pair of sisters, with the “bed” discussion scene being very touching.

Elsewhere a number of other well-known faces crop up including Brendan Coyle (“Downton Abbey”) as Lou’s father and Joanna Lumley as a wedding guest with a handy line in references.

The soundtrack by Craig (“Love Actually”) Armstrong is top notch with pleasing songs from Ed Sheeran, Imagine Dragons, Cloves and We The Kings.
The production quality is as professional as you would expect from a British-made movie, although the Mallorca and Paris locations are not particularly well exploited, since for a large chunk of these scenes I was convinced they hadn’t left Pinewood!

So, a bit of a mixed bag, but enjoyable nonetheless. A guilty pleasure. If you like a romantic piece of escapism this is one for a wet Sunday afternoon, provided you have a box of tissues handy.
Kudos 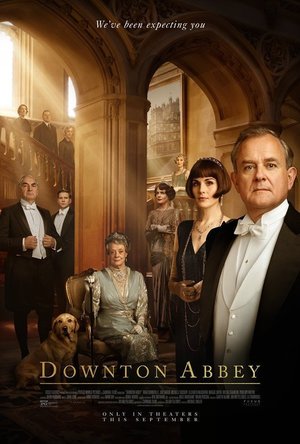 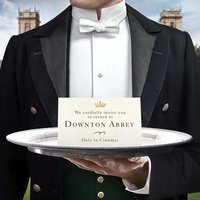 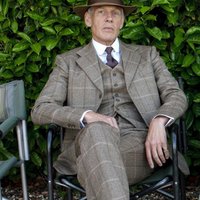 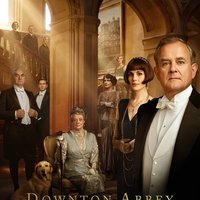 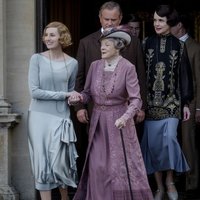 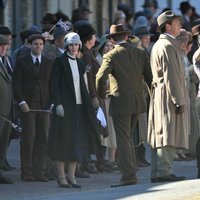 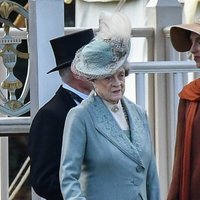 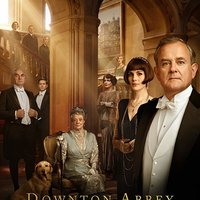 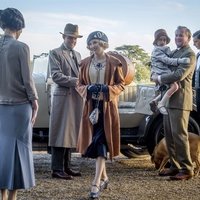 Very little happens…. and it’s totally glorious!
The “Downton Abbey” TV show is comfortingly bland. The tales of the well-heeled Grantham family and the below-stairs antics of their servants. But for those who have followed Julian Fellowes‘ pot-boiler drama through all six seasons, and a number of Christmas specials, it’s like a favourite jumper… or rediscovering your comfy slippers just as the nights start getting colder.

But in a world where TV spin-off movies are notoriously dire, would this movie by the nail in Downton’s coffin?

Thankfully not.
It’s a glorious production! The opening of this film will, I’m sure, fill all Downton fans with utter glee. John Lunn‘s music builds progressively as a royal letter wends its way through the 1927 postal system, eventually ending up (as the famous theme finally emerges spectacularly) at the doors of Downton Abbey. (Downton is of course the gorgeous Highclere Castle near Newbury, acting as a star of the film in its own right. Somewhere I was lucky enough to visit just a couple of weeks before filming began).

The plot(s).
In a year of Thanos-crushing drama, there really is nothing very substantial going on here!

The King (George V, an almost unrecognizable Simon “Hitchhikers Guide” Jones) and Queen Mary (Geraldine James) are staying over in Downton for one night on their Yorkshire tour. This naturally sets the below-stairs staff into a bit of a tizz, as indeed it does the whole village. But their glee at involvement and recognition is a bit premature, since the royal entourage – headed by an officious Mr Wilson (David Haig) – parachute the complete gamut of staff into the location to serve the royal party, so bypassing the locals completely.

The ‘Downton massive’ are of course having none of this, and a battle-royale ensues.

Scattered as sub-plots like confetti at a wedding are a military man putting a strong arm around the potentially-risky Irish Tom Branson (Allen Leech); a family rift that erupts between Aunt Violet (Maggie Smith) and cousin (and royal lady-in-waiting) Maud Bagshaw (Imelda Staunton); a sobbing princess (Kate Phillips); an over-enthusiastic shopkeeper (Mark Addy), who is difficult to let-down gently; a plumbing emergency with romantic jealousy and sabotage involved; the sexual preferences of Barrow (Robert James-Collier) getting him into trouble; and a potential love-interest for the widowed Tom with Maud’s maid Lucy (Tuppence Middleton). (There are probably half a dozen others that I’ve forgotten!)

A huge ensemble cast.
As befits a show that has gone over six seasons, there is a huge ensemble cast involved. Inevitably, some get more air time than others. Bates (Brendan Coyle) seems to be particularly short-changed, and above stairs I thought the same was true – strangely enough – of the Crawleys (Hugh Bonneville and Elizabeth McGovern).

As for Henry Talbot (Matthew Goode), he’s hardly in it at all! Apart from some impressive camera gymnastics for his running-up-the-stairs arrival, he doesn’t make much of an impression at all. (I can only guess he had other filming commitments).

These are players that have worked together as a team for many years, and it shows.

But the acting kudos has to go to Maggie Smith who steals absolutely every scene she’s in, with genuinely witty lines – “I’ll lick the stamps myself” (LoL). Close behind though is Imelda Staunton who also turns in a very impressive performance.

Glorious photography.
The photography is fantastic throughout, with deep rich colours, pin-sharp focus and some seriously dramatic pans. A big hats off to cinematographer Ben Smithard, but also to his drone team (“The helicopter ladies”) for delivering some jaw-droppingly gorgeous shots of Highclere castle.

(By the way, I thought the picture at my local Picturehouse cinema – Harbour Lights in Southampton – was particularly stunning: I queried it with them, and they said they had changed the (very expensive) projector bulb just that day! These things clearly matter!)

Will is appeal?
If you are a Downton fan, yes, Yes, YES! I have been a moderate fan of the TV series, but went with superfans – the illustrious Mrs Movie-Man and (as a guest visitor) Miss Movie-Man. I loved it, but the two ladies were ecstatic with the movie.

Even if you have never seen an episode, it is easy to pick up and the quality of the production is so impressive I don’t think you will be disappointed.

As such, I think I need to post a blend of ratings for this one.
Kudos